What is the average budget for two in Croatia? 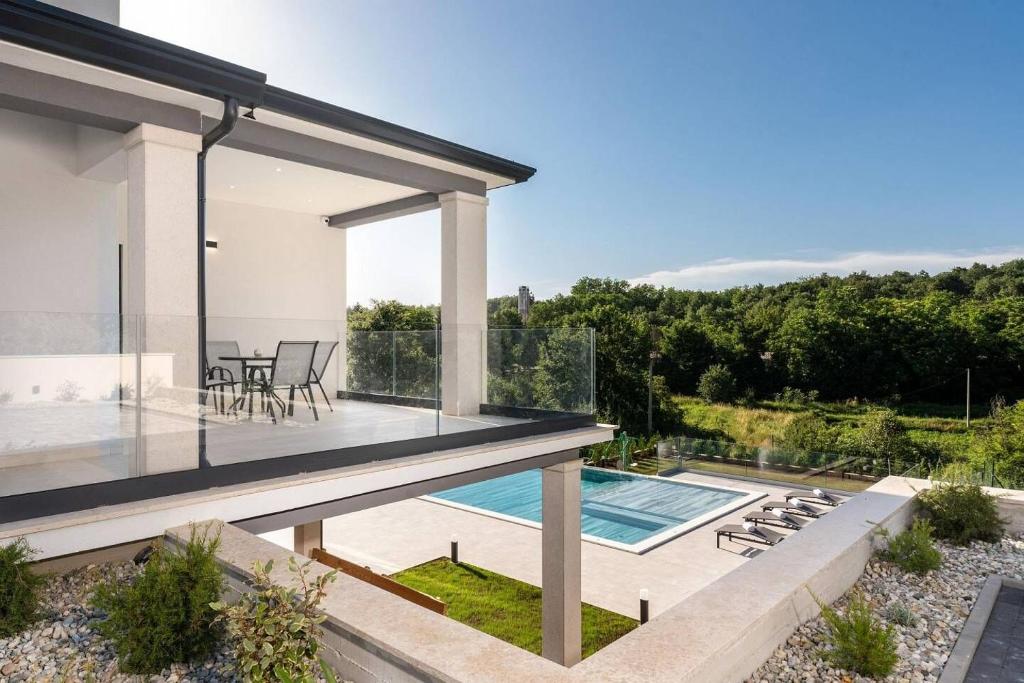 Are you dreaming of living in Croatia and are you interested in how much it costs to live as a couple? You are in the right place! We bring you details of the average cost of living for two in Lijepa Naša! From groceries, restaurants, public transportation to utilities and rent, Croatia Real Estates covers all aspects that are necessary for life.

The leading real estate agency, Croatia Real Estates brings you some of the interesting things that could be useful to you if you are interested in buying a home or moving to Liepa Naša! For all other information and details related to life, real estate, and suing, follow our official website and always stay up to date!

Food and drink costs in Croatia

The prices of food and drinks in Lijepa Naša really vary, depending on where you are. The capital city of Zagreb with Dalmatia and the coast record some of the highest prices, in contrast to eastern continental Croatia where prices are still somewhat cheaper.

When we talk about the average cost of food and drinks in shops and restaurants, we can say that Zagreb is on par with the Adriatic in terms of prices, and it’s getting more and more expensive every day! Compared to other European countries, the question is what can you buy for 1 euro, that is, for 7.50 kuna?

For a price of HRK 7 to 10, you can sit in a cafe and drink espresso or tea. Carbonated or fruit juices will cost around HRK 15, and 0.33 l beers will cost between HRK 14 and 20. You will spend a little more money for alcoholic and non-alcoholic drinks, for example, you can pay up to HRK 30 for a beer if it is a nightclub. Prices also vary depending on the type of restaurant, but the difference is a few kunas.

“Street food” or so-called fast food is probably one of the cheapest options if you decide to eat out. Although the selection is varied, the prices are not too high. If you want pastries from the bakery, you can buy a croissant or a piece of bread for HRK 6-7, and the most expensive sandwiches will not exceed HRK 25-30. Pizzas, kebabs, and burgers will also not exceed 40 kunas.

When it comes to a gastronomic offer, restaurants are still the most expensive option. The most favorable choice will be pizzas and different types of pasta, the lowest prices of which range between HRK 40-70. Dinner for a family of four in local taverns will cost you between 200 and 350 kunas, without appetizers, desserts, and drinks, the prices of which are the same as in cafes, while in more reputable restaurants the prices will go up to 100 euros, or 750 kunas.

Certainly, the cheapest option in terms of food and drinks in Croatia will be cooking at home! In some of the cheaper retail chains such as Lidl, Spar, and Kaufland, you will be able to find a lot of different options for very affordable prices!

The situation in the catering service is not a bright prospect. According to statistics from 2021, the Adriatic coast is the main center of tourism and hospitality.

In central Dalmatia, more specifically in Zadar, Split, and the surrounding area, you will be able to enjoy a small espresso between 7-10 kuna, and a large coffee with milk from 10-13 kuna. Draft beer is between 20 – 30 kuna, while juices are in the range of 18 – 25 kuna.

Bottled still water costs around HRK 15, while you can find the same water on the beach for as low as HRK 10. Compared to Zagreb, the prices in restaurants are roughly the same.

Alcoholic drinks are still considerably high, with any alcoholic beer starting at HRK 30, all the way to various cocktails from HRK 50-70 as a minimum.

As for food, dining out can be called an expensive sport. Dining out is still considered a luxury sport for the average Croatian citizen. With food 20% more expensive, the city of Zagreb is slowly catching up with one of the capitals of Europe, Vienna in Austria.

Just 5 years ago, Zagreb, which is considered the “little sister” of Vienna, was significantly cheaper. However, today, if you want to eat a medium pizza in a restaurant, you will have to shell out up to HRK 75, which is approximately the standard price in Vienna. A few years ago, you would have paid HRK 30-50 for the same pizza.

Jadran, unlike Zagreb, is somewhat more expensive. Probably the most expensive parts in terms of gastronomy are Istria and southern Adriatic and the Dubrovnik-Neretva County. If you are a fan of fresh Adriatic fish, the prices range from an impressive HRK 100 to more. This also applies to the Zagreb area.

On most of the Adriatic coast, a scoop of ice cream costs HRK 9-10, while in Zagreb you can’t find anything lower than HRK 11.

Public transport in Croatia is relatively cheap. For a monthly card or “pokaz” you will spend HRK 360 with an unlimited number of rides within the Zagreb area, while for a daily ticket you will spend around HRK 30. As a student or pensioner, you will have some benefits and the prices will be slightly lower.

Certainly, in the last couple of months, the cheaper option of movement would be public transport. After the significant increase in fuel prices in the last few months, we can say that having a car with an average salary has become a challenge.

It was also announced that from March 2022, the average tank of gasoline will be more expensive by one and a half kuna, while the price of a diesel tank will increase by eleven kunas, writes Jutarnji List. You can follow the fuel price list on the official website of HAK.

Utility and rent prices depend, of course, on consumption, type of property, and location. Comparing prices in 118 countries and 355 cities, Croatia is the sixth country in the world in terms of the cost of basic utilities, writes MojPosao.Hr.

With an average salary of HRK 5,000, Croatia lags behind other countries such as Austria, where the minimum wage is approximately HRK 13,000, and Germany with HRK 15,000. For a family apartment of at least 60 square meters in Zagreb or Split, you will pay approximately HRK 4,500, while for a slightly larger, 85 square meter apartment, you will pay a record HRK 7,600 (EUR 1,100), which is equivalent to rental prices in Vienna, Austria or Frankfurt. Germany, whose salaries are significantly higher than in Croatia.

Utility prices per household are between HRK 500-1,500. Depending on the square footage and consumption. But according to some statistics, a person with an average salary of HRK 5,000 can barely survive, living independently in a household with a minimum of 25-30 square meters.

Buying an apartment or house in Croatia

We can still see the dominance of prices in newly built real estate, especially residential in the capital of the Republic of Croatia, Zagreb, and on the coast – although the increase in the price of a newly built square meter occurred in all major urban areas in Croatia.

In most cities of northern, central, and eastern Croatia, the price does not exceed 2,000 euros/m2, in Zagreb the best newly built apartments will reach 5,000 euros per m2, writes Burza Nekretnina. There are favorable housing loans for young people and married couples, which certainly makes it easier to buy real estate.

Find out how to buy a property in Croatia easily and efficiently with Croatia Real Estates, today!

With an average salary of HRK 7,845, the average cost of living for two people in the capital of the Republic of Croatia is approx.

HRK 10,000 without rent. Compared to Vienna, the capital of Austria, Zagreb is still a much cheaper option. But not for long! With the increase in the prices of rent, utilities, fuel, groceries, and the switch from the kuna to the euro in January 2023, Croatia is currently experiencing price increases at all levels!

For an average life in the Republic of Croatia for two, you will need to allocate approximately HRK 13,000, writes nubeo.com.

Is Croatia expensive to live in?

Compared to Austria, Germany, and France, Croatia is one of the cheaper countries to live in. The seventh most expensive city to live in Europe is Amsterdam with 107.8 points, and the eighth is Vienna with 105.9 points, while Zagreb received 74.6 points in the survey and is slightly more expensive than Prague (73.4 points) and cheaper than Ljubljana (81.2 points), writes Jutarnji. Hr.

Knez Croatia is proud to present an exceptional mansion located in the beautiful region of Istria, Croatia. This modern and stylish property is the perfect opportunity for those looking to invest in a luxury vacation home or rental property.     The mansion... 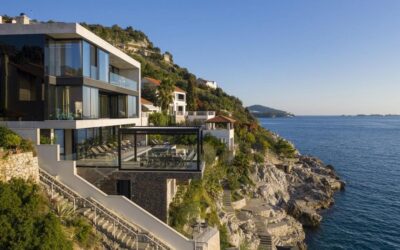 Dubrovnik, the pearl of the Adriatic, is known for its stunning natural beauty, rich cultural heritage and luxurious lifestyle. Recently, an ultra-exclusive seafront villa in Dubrovnik was sold by Knez Croatia, one of the most reputable real estate agencies in the... 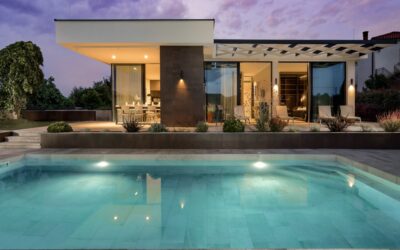 1.Tax-Free Real Estate: Croatia is one of the few countries in Europe that does not have a property tax on real estate. This makes purchasing a luxury property in Croatia a more attractive option for buyers, as they will not have to pay any additional while owning a...

We use cookies on our website to give you the most relevant experience by remembering your preferences and repeat visits. By clicking “Accept”, you consent to the use of ALL the cookies.
Cookie settingsACCEPT
Manage consent

This website uses cookies to improve your experience while you navigate through the website. Out of these, the cookies that are categorized as necessary are stored on your browser as they are essential for the working of basic functionalities of the website. We also use third-party cookies that help us analyze and understand how you use this website. These cookies will be stored in your browser only with your consent. You also have the option to opt-out of these cookies. But opting out of some of these cookies may affect your browsing experience.
Necessary Always Enabled

Performance cookies are used to understand and analyze the key performance indexes of the website which helps in delivering a better user experience for the visitors.

Analytical cookies are used to understand how visitors interact with the website. These cookies help provide information on metrics the number of visitors, bounce rate, traffic source, etc.

Advertisement cookies are used to provide visitors with relevant ads and marketing campaigns. These cookies track visitors across websites and collect information to provide customized ads.

Other uncategorized cookies are those that are being analyzed and have not been classified into a category as yet.