The average cost of living in Croatia 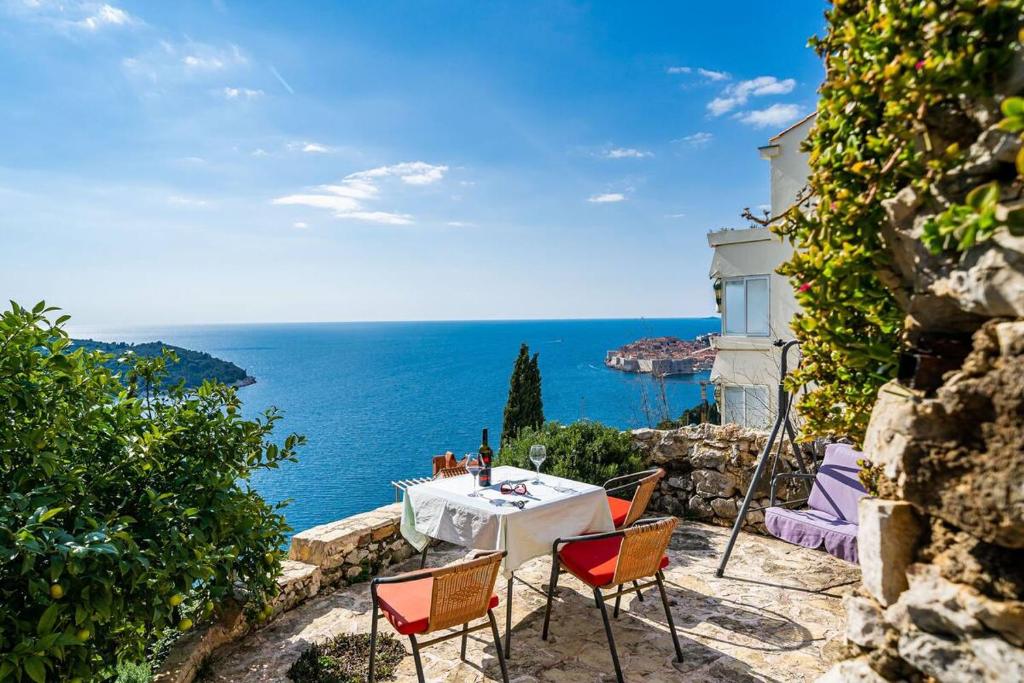 Are you interested in the most latest pieces of information and news on current living standards in Croatia? Perhaps you are interested in buying a property and starting your life in wonderful sunny Croatia?

We have you all covered! For all information about living costs, real estate, tourism, and many more we invite you to follow us on our official website! Stay tuned and always informed on the current going on’s with Croatia Real Estates!

Average and minimum salaries in Croatia

According to the latest sources from the month of October back in 2021., The Government of the Republic of Croatia estimates a minimal neto salary per capita in Croatia, for the following year of 2022. significant  7.690 kn.

The prime minister of the Republic of Croatia stated that there had been an obvious increase of an estimated 10% in salary since 2017. As well, they acknowledge the total increase of 350 kunas on Netto’s minimal salary in the current year of 2022.

With these statistics, the Government of the Republic of Croatia encourages its citizens to have an optimistic approach and patience as Croatia slowly makes progress in the salaried sector.

When comparing some of the basic household groceries in Croatia with other more developed countries such as Germany and France, we witness major disbalances and differences in prices.

Investigating the prices in one of the most dominant groceries market in Croatia, Konzum, and comparing it with Germany’s biggest chain market Aldi and France’s biggest supermarket Franprix, we can see that the most basic pantry groceries are more expensive here in Croatia.

According to a famous newspaper called Jutarnji List, Croatia’s most known newspaper, we see that for the price of one shopping bag in Croatia, we could get 1.3 shopping bags in Germany and even 1.35 in France. Which shows defeating results for Croatia.

We can conclude that an average German household pantry is cheaper by 30%, and in France by about 35% when compared to a Croatian one. Though there are many factors to this research, overall it’s safe to say that the living standard is significantly higher and more approachable, at least when it comes to groceries, in Germany and France than in Croatia.

With an average monthly salary of 22.140 kunas, or 2.952 euros in Germany, and 20.932 kunas, or 2.791 euros in France we can see that Croatia is way behind. With a minimal monthly salary of 7.690 kuna kunas or 7.690 kn.1.033 euros, Croatia falls back when it comes to standards of living and costs. Being a member of the EU means defeating results on the behalf of the Government of the Republic of Croatia.

Eurostat has announced the latest comparison of economic development and the prices among the members of the EU for the year 2018. that showed how Croatia hasn’t moved economically or developed much in the past 10 years. Especially when it comes to the project related to the EU, says RTL. HR.

Due to the current inflation situation in the EU, Croatia is expecting a slight rise in salary in the upcoming months of the current 2022.

The situation in the gastronomy sector is not any brighter! According to the statistics done in the summer of 2021, the Adriatic coast seems to be the center of Croatia’s tourism and gastronomy. We compared Dalmatia and Zagreb, the capital of Croatia.

Bottled water is around 15 kunas (2 euros), while the same you can find on the beach for only 10 kunas (1.5 euros). Compared to Zagreb, the prices are relatively the same.

Alcohol is dominantly more expensive, in Zagreb and on the coast. With any alcoholic beer, you will be charged 30 kunas (4 euros) and between the minimum of 50-70 kunas per cocktail.

When it comes to dining out and visiting restaurants, we can confidently say that it is still considered a luxurious activity, achievable for those who are among those well situated. As far as the prices go, Zagreb is as expensive as the coast.

Compared to last year’s statistics, eating out was still 20% more expensive than eating at home. An average pizza price is somewhere between 50-70 kunas (7-10 euros). Estimated the same for Zagreb and Dalmatia. However, there are plenty of options for cheaper dining for those who are on a stricter budget.

Streets are full of tasteful fast food options, french fries, burgers, and pizzas. For those who would like to try those, there are plenty of options with affordable prices. You can easily find a medium size sandwich for 30 kunas (4 euros) while for a more complete menu you can come out with 60 kunas (9 euros). That includes the salad dishes as well.

If you are on the other hand admirer of fresh Adriatic fish, the prices are quite extravagant depending on the location and place. You can dine out and taste true Adriatic spirit for a minimum of 100 kunas per menu (15 euros).

On most parts of the Adriatic coastline, one scoop of ice cream is between 9-10 kunas (1.3 euros) while in Zagreb you can’t get a scoop cheaper than 11 kunas (1.4 euros).

Regarding fashion and clothing, the prices are very relative and can vary based on location, brand, and season (seasonal discounts). With a diverse selection from many international and local brands, including online markets we can safely say that Croatia has a good and approachable offer for anyone’s budget!

In the area of Zagreb, the capital of Croatia, and the rest of Croatia we can rely on some of the low-budget brand options such as KIK, H&M, LIDL, and Kaufland, and many more where the most basic clothing pieces are very affordable. For example, a pair of simple cotton t-shirts cost somewhere between 30-50 kunas (4-7 euros).

For example, a pair of quality shoes you can already find in a small shopping center available with brands such as Deichman and CCC, for about 70-200 kunas (10-30 euros). While on the other side of the street or shopping center you can find a HUGO BOSS one for about 4.000 kunas (500 euros).

The range of prices is exceptionally versatile. From some of the most famous luxury brands to basic-friendly budget stores, there is an option for everyone’s taste and budget and preferences.

According to one of the internet portal outlets Numbeo, which tracks prices across 118 countries and 355 cities across the globe, Croatia is the 6th most expensive country when it comes to basic rent and living costs, says MojPosao.Hr.

With an average salary of 5000kunas, Croatia falls back drastically when compared to other countries such as Austria where the minimum monthly salary is around 13.000 kunas (1.700 euros), and Germany with 15.000 kunas (2.000 euros).

For a family home, or apartment of a minimal 60 m2 in the Zagreb and Split area, you will have to cash out 4.500 kuna (650 euros) while for a better and more spacious place you will have to have around 7.600 kunas (1.100 euros). This is equivalent to the rent currently in Vienna, Austria, or Frankfurt, where salaries are significantly higher compared to Croatia.

Monthly rent and living costs in Croatia are around 500-1500 kunas, depending on the m2, usage location, and type of property. But, based on statistics, a person with an average monthly salary of 7690 kunas (1.033 euros) in an average rented 30 m2 flat can hardly make any normal living.

With the current situation in the EU and the introduction of euros beginning in January of 2023. Croatia is expecting even more increases in prices.

Because of the current situation in Ukraine and Russia, starting from May this year, Croatian citizens have already seen significant price changes in their budget.

According to Index.Hr since March 2022. we track noticeable price increases on gas and fuel, gasoline and diesel are the most expensive along with some other premium fuel options out there.

By far, according to all the latest updates public transportation is a way more friendly budget option. With a daily ticket from 4-15 kunas (0.5-2 euros), you can easily move across the city. However, if you are looking to save up some money you can get a monthly ZET ticket worth 400 kunas (58 euros) and 200 kunas (30 euros) for students and retirees.

In the image down below we can see some compared fuel prices in Slovenia and Hungary.

Real Estate prices vary based on how many square meters the property has, the location, and the type of the property.  Due to increased money flow on the market, the inflation rate has been a significant factor in pushing realtors into making investments and purchases.

We can still see the dominance of prices in newly built real estate, especially residential real estate in the capital of the Republic of Croatia, Zagreb, and the coast – although the increase in the price of newly built square meters occurred in all major urban areas in Croatia.

In most cities in northern, central, and eastern Croatia the price does not exceed 2.000 EU/m2, in Zagreb the best newly built apartments will reach 5.000 euros per m2. The same prices you can find on the coast when compared to Zagreb writes Burza Nekretnina. 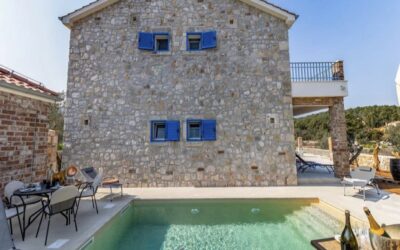 If you are a real estate owner or just planning to become one, then this is the topic for you! Are you wondering what the costs of maintaining a house in Croatia are in 2022? Croatia Real Estates agency answers all questions and answers related to real estate,... 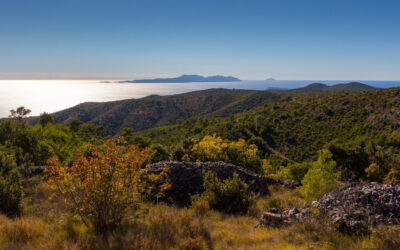 The cost of a notary when buying real estate in Croatia 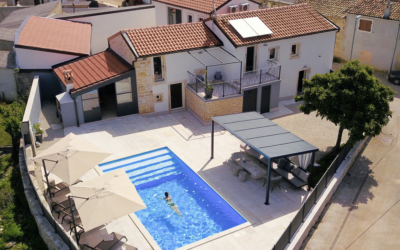 Costs when buying a house in Croatia

Are you in the process of buying real estate in Croatia and need advice? You are in the right place! Croatia Real Estates agency, the leading real estate agency in the Republic of Croatia, offers you practical advice that will help you when selling and buying real...

We use cookies on our website to give you the most relevant experience by remembering your preferences and repeat visits. By clicking “Accept”, you consent to the use of ALL the cookies.
Cookie settingsACCEPT
Manage consent

This website uses cookies to improve your experience while you navigate through the website. Out of these, the cookies that are categorized as necessary are stored on your browser as they are essential for the working of basic functionalities of the website. We also use third-party cookies that help us analyze and understand how you use this website. These cookies will be stored in your browser only with your consent. You also have the option to opt-out of these cookies. But opting out of some of these cookies may affect your browsing experience.
Necessary Always Enabled

Performance cookies are used to understand and analyze the key performance indexes of the website which helps in delivering a better user experience for the visitors.

Analytical cookies are used to understand how visitors interact with the website. These cookies help provide information on metrics the number of visitors, bounce rate, traffic source, etc.

Advertisement cookies are used to provide visitors with relevant ads and marketing campaigns. These cookies track visitors across websites and collect information to provide customized ads.

Other uncategorized cookies are those that are being analyzed and have not been classified into a category as yet.